*written some time ago

Richard Briers, legend of stage and screen died today
I met him once In Aldgate East on a rainy Saturday
in a newsagent…I shook his hand
He seemed to be an extremely nice man
I remember with fondness, his role in “The Good Life”
The beautiful Felicity Kendall played his wife
He was great in “Ever Decreasing Circles” too
And that film with Raquel Welch…Richard, we miss you! 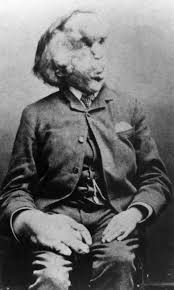 The Elephant man: John Merrick
Whose case was somewhat tragic
Brought all the way to Whitechapel
from a freak show in Leicester
Befriended in the Hospital
By a kindly senior doctor
The doctor’s wife was also pretty pally
The 2 of them would accompany him to the ballet
Course he had to wear a paper bag over his head
And one day his head grew so big, he suffocated
while kipping on the ward
His plight should not be ignored
For he was a talented man, was our John Merrick
He made a model of St.Paul’s Cathedral out of matchsticks
It must have taken him years
The film of his life moved me to tears… R.I.P John Merrick

Great moments in history
to him, remain a mystery
In “66” when England won The World Cup…His TV was on the blink!
And he couldn’t watch it in the pub. Didn’t have the price of a drink
When man landed on the moon he was on the toilet
He missed every single bit
In too much of a hurry
to finish off that curry
In “89” when The Berlin Wall came down
He was stuck in a traffic jam on the wrong side of town
So when Sadam was overthrown
He made sure he was at home
And a TV in every room…But…
He hadn’t anticipated a power cut!

I recall that Norwegian football commentator, who was just a tad OTT!
On “World Of Sport” while describing a famous victory
Norway 2 England 1
And while on the subject of “The Beautiful Game”
John Barnes goal in The Maracana which made him a household name
On TV am once, when Ann Diamond was rough…
in her treatment of Dennis Healey–Who stormed off
A baby elephant standing on John Noakes foot on “Blue Peter”
And they tried to stay with Jessica Ennis–But no one could beat her
Jessica, that day, you were simply terrific
Your performance lit up The London Olympics
David Frost’s hard hittin’
interview with Richard Nixon
Neil Armstrong and Buzz Aldrin landing on the moon
The first ever “Tom And Jerry” cartoon
And George Best’s all time classic appearance on “Wogan” while pissed!
Then there’s “Fawlty Towers” “The German’s” episode not to be missed
“Game For A Laugh’s” Jeremy Beadle’s pranks on Joe public
Looking back, the unfortunate victim’s must have thought it was pretty tragic
But for those of us who knew what came next it was magic!
Captain Kirk and Uhuru–The first TV inter racial kiss
And who could forget the shooting of J.R Ewing in Dallas
Michael Fish’s gaffe–Failing to predict the storm of “87”
And what about Rod Hull’s Emu attacking Michael Parkinson
Sadly we’ve also had to endure
party political broadcasts on Channel 4
Some dreadful films on Channel 5
and equally awful acts on X-Factor!
Not to mention some dire performances on Opportunity knocks
Sometimes you wonder why you pay the license fee for what’s on the box
Yes, from David Attenborough
filming some unsuspecting Polar Bear
To the pathetic joke that is “The Eurovision Song Contest”
We certainly do cover extremes on our television sets

The Laudrup brothers, Brian and Michael
Were truly blessed with such skill
They excited football fans everywhere
Yes, Brian and Michael were quite a pair
Now they’ve both hung up their boots
Michael, the elder brother wearing sharp suits
As he sits in the dug out at Swansea games
Brian enjoys life out of the spotlight, all the same
Yes, when they were playing they were household names
And they seemed to handle really well, the fame…
that comes with being football stars, it seems
Their careers were nothing short of the stuff of dreams
Playing for big clubs in front of huge stadiums
But they didn’t let the pressure get to them
They scored lots of goals and created lots for others
Brian and Michael, two extremely talented brothers
Their parents must be so proud of them…I’m sure
Their collection of winner’s medals to show the neighbours
An inspiration to kids kicking a ball around Copenhagen parks
That they may well one day be playing for Europe’s elite clubs and Denmark!

*A tongue-in-cheek look at racial stereotypes 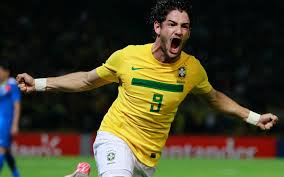 You can sing “Bossa Nova” but you can’t bend it round a defensive wall
And I ask you, what use is a Brazilian who can’t play football?
What use is an Italian who can’t even cook pasta?
And what use is a Ph.D. to a “ganja” smoking “Rasta”?
What use is alcohol free lager to a flaming red haired Scotsman?
Or a course in diplomacy to a rude and nasty Welshman?
And what is the point off “Drive Carefully” road signs in France?
“Save The Whale” banners in Japan…Or a Cuban who can’t dance?
A “Cultural Attache” in Australia’s pretty pointless as well
Suntan lotion to an Eskimo…Or an Arab with a dead camel!
And an Englishman without an umbrella really is a curious fella
A Mexican without a gun is no good to anyone
A selection of “Michelin Star” restaurants in Moscow. Take your pick
But what use is it to a Russian…When all he wants is rat on a stick!
Yes, what use is a Brazilian who can’t play football?

Dave had a grievance against psychiatrists
They had him sectioned once when he was pissed
They said he was mad. And in the community…
he was forced to take drugs that meant he could not wee
He was suffering with all the numerous side-effects
He said to his mate Clive in the pub: “I know what to do next”
He said, “Something has got to give”
Clive said, “I know where your shrink lives”
So Dave called on his shrink while he was at work
The shrink’s wife was snoring. Dave thought “She’ll go bezerk…
if I disturb her, so I’d better be quick”
Dave had never burgled anyone before–But Dave was slick
He dumped the Bang Olufsen TV in the boot
and a dozen DVDs and planned his escape route
He’d watched Jeremy Clarkson and knew
A Mercedes Benz could outdo
a souped up “Panda” on the motorway
So there he was on the M6 making his getaway
“Boy! This shrink’s got shit taste in music!”
“Opera and the New Seekers. That makes me sick!”
Fortunately Dave had a “Judas Priest” CD in his jacket pocket
So “Breaking The Law” at full volume as the police car tried to catch it
The stolen Mercedes I mean
A car so fast on the M6 they had never seen
So they radioed for
a police helicopter
But the pilot was drunk and crashed
Dave kissed a wad of the shrink’s cash
and ended up a few hours later
Near a loch just north of Edinburgh
Taking photographs
and having a good laugh
He slept in the car for days
A drunk banged on his windows
“You woke me up. Are you crazy?”
“I’m tempted to punch you in the nose”
“You don’t wanna pick a fight with me. I am a Celtic supportah!”
“What do you want?” said Dave. “The price of a can of beer”
Dave saw red, wound down the window and said, “Get out of here!”
“If you can afford a Mercedes you can afford a beer for me”
Now Dave was not the generous type but he took pity
For although the Scotsman was extremely rude
He didn’t fancy the prospect of hospital food!
So he gave the drunk 20 quid
And disappear, the drunk Glaswegian did
Dave managed to locate
his Scottish pal and turned up late
“It’s 6 am! What do you want?” Dave said, “A place to stay”
So Dougal fell out of bed banged his head and opened the door right away
“You can stay for 2 weeks. But I want 100 quid rent”
Dave paid up sharp and the rest he spent…
in the local bars and then signed on
The only man on the dole in Britain
with a Mercedes Benz and a Bang Olufsen
Eventually he was nicked
Dave, he was violently sick!
And his lawyer just wouldn’t listen
“I’m a lawyer not a magician!”
“But my colleague is–Here’s his card”
Dave knew where to find him. It wouldn’t be hard
So he went to the poshest pub in town and lo and behold there the brief was
Dave said to him “I’m feeling down and I can bring you some business”
The lawyer said, “It’s tough”
“But I think I can get you off”
Dave said “What, on a technicality”
“No” said the brief, “Magic is my speciality”
“If you buy me a beer
I’ll make the judge and jury disappear”
And the brief kept his word
Now Dave’s as free as a bird
THE END